The ACLU of Oregon has filed an amicus brief in Mendoza v. Strickler, a 9th Circuit Court case involving Oregon’s longtime use of automatic driver’s license suspensions to punish drivers with traffic debt.

The plaintiffs in the Mendoza v. Strickler case are Oregonians with low incomes who have had their driver’s licenses suspended because of their inability to pay traffic fines. Back in 2020, the Oregon legislature repealed the automatic driver’s license suspension regime due to its racially-disproportionate impacts on Black people, Indigenous people, and People of Color (BIPOC) drivers.

The district court dismissed the plaintiffs’ complaint in a decision that was upheld by a 9th Circuit panel with a robust dissent.

The ACLU of Oregon — in partnership with the ACLU’s Racial Justice Project, the ACLU of WA, the Legal Defense Fund, and Public Justice — now files an amicus brief in support of the plaintiff’s petition for en banc review (meaning a full Court review) of the 9th Circuit panel’s misguided decision.

Continuing to withhold legal driving privileges from Oregonians simply due to their low incomes is unjust and impractical.

Driver’s license suspensions do nothing to recoup traffic debt. They instead create additional barriers to low income Oregonians’ ability to:

Further, due to the compounding effects of systemic racism, people of color are disproportionately the most impacted by driver’s license suspensions.

The ACLU of Oregon’s brief asks the 9th Circuit Court to reconsider its misguided ruling and open the door to justice for the plaintiffs and Oregonians like them who have long been trapped in a cycle of debt and driver’s license suspensions.

Income level should not determine who is free to drive.

Explore these links for more info! 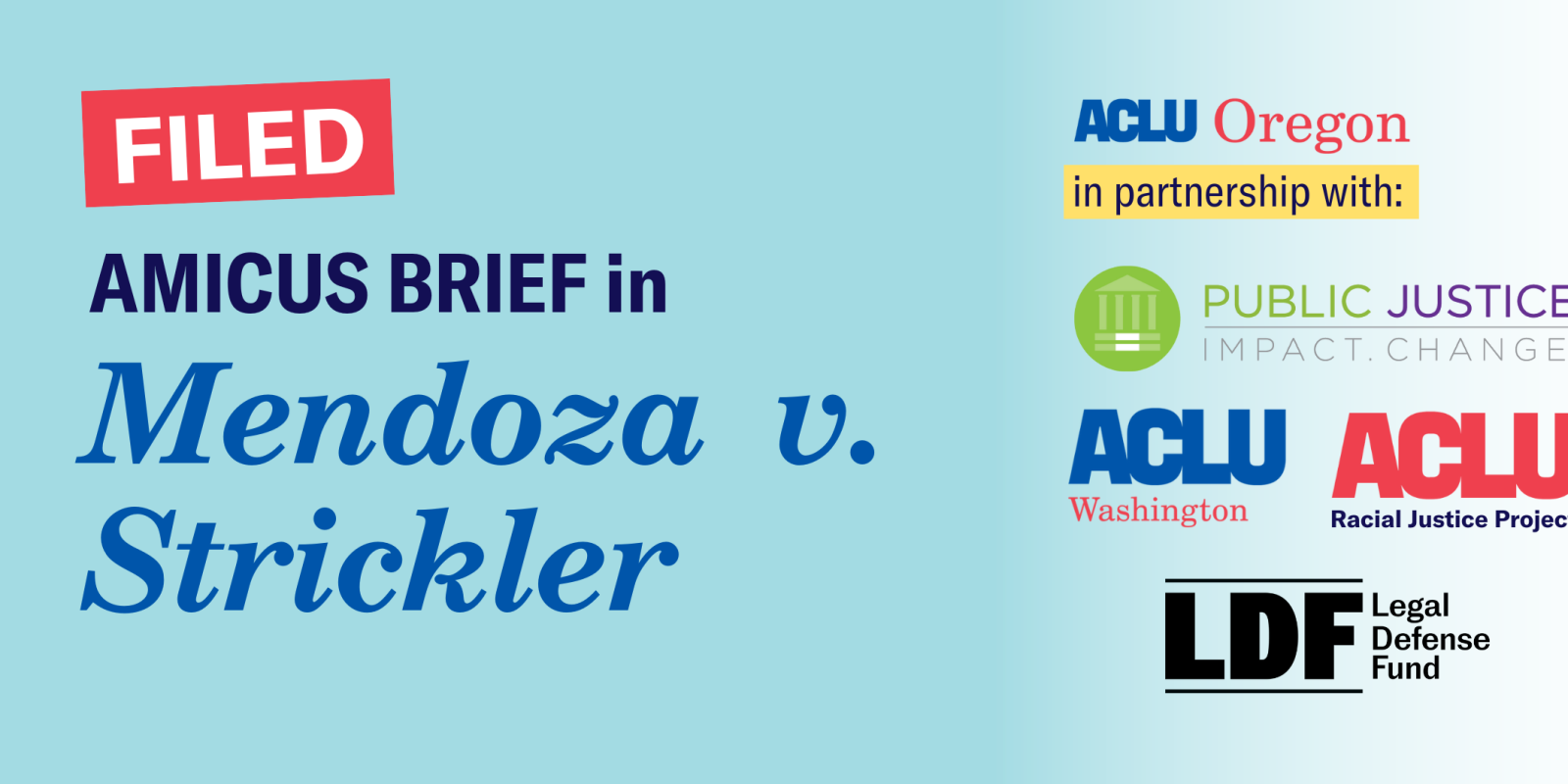 ACLU BLOG: MY LIFE WAS DERAILED BY A TRAFFIC TICKET

Thank you for supporting our work!