Criminalization of Marijuana Comes to an End in Oregon

By ACLU of Oregon

On July 1, 2015, the possession and use of marijuana by adults over 21 years of age becomes legal in Oregon. With the passage of Measure 91 last November, the voters of Oregon sent a clear message that it is time to end the criminalization of marijuana.

The aggressive enforcement of marijuana possession laws needlessly ensnares hundreds of thousands of people into the criminal justice system and wastes billions of taxpayers’ dollars nationwide. We are at a tipping point in regard to public recognition that the war on drugs is a failed strategy.

Today, we were pleased to join with Oregon Congressman Earl Blumenauer, New Approach Oregon executive director Anthony Johnson, and parent advocate Leah Maurer, to discuss how Oregon is helping to lead the country in developing smarter and more just drug policies. And, legalization of marijuana in Oregon is, in fact, about justice.

The War on Marijuana has been carried out with staggering racial bias across the country, and the same has been true in Oregon.  Blacks and whites use marijuana at roughly equal rates, but blacks are more than twice as likely in Oregon, to be cited or arrested for marijuana than are whites.

Some areas of Oregon are worse than others. Black residents of Multnomah County are over 3 times more likely to be cited or arrested for marijuana than whites. In Lane County, over 3 and a half times as likely.

Sadly, we also know that arrests can often carry challenging collateral consequences that create long term barriers to things like access to housing and employment. With the passage and implementation of Measure 91, Oregon can celebrate a racial justice victory and take satisfaction in removing some of the justice systems’ troubling collateral consequences that can ruin people’s lives.

Measure 91 was passed at a time when things were getting worse not better. Oregon law enforcement agencies increased the rate of citations and arrests for possession of marijuana by 45% between 2001 and 2010. Oregon’s increase was the fifth highest in the country during that period.

And, enforcement was not happening at a small scale. Between 2002 and 2012, Oregon law enforcement agencies made over 110,000 arrests and citations for marijuana offenses.

In 2010 alone, Oregon spent over $50 million enforcing marijuana laws. To be clear, marijuana criminalization is not an effective public safety strategy. We are pleased to free-up tax payer dollars for the kind of strategies better designed to create safe and healthy communities.

As Oregon implements Measure 91 and legalizes, taxes, and regulates marijuana, our state takes a giant step toward smarter justice. 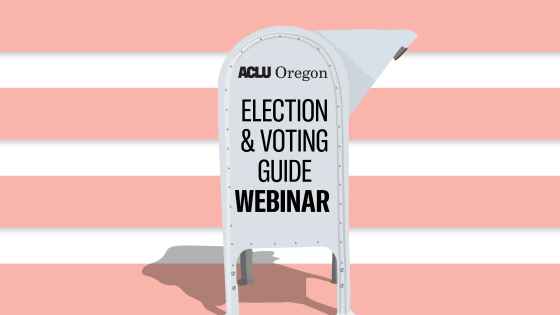