Village of Hope: An Open Letter to The City of Portland

Recent experiments in Portland and around the country have shown tent villages to be an inexpensive, scalable, and easy-to-deploy solution when cities are unable to house all of its residents. They are an alternative to (1) homeless shelters when beds aren’t available or safe; (2) difficult to access transitional housing; and, (3) the much discussed low income housing that simply isn’t being built fast enough.

When I first heard of Village of Hope, the newest village in Portland run by and for people who are experiencing houselessness, I was really excited. A group of housing advocates and members of the public they serve came together to build a new village on a small piece of land adjacent to a heavily developed industrial area. They met with their new neighbors to discuss the project. They cleaned out debris and trash. They created solutions to minimize their environmental impacts, to keep the community safe, and to bring social services into their new community. Our city’s residents were innovating solutions to the potentially fatal, and always dangerous, situations faced by those who sleep on Portland’s streets.

Within a day, what advocacy groups and housing advocates were praising, the Mayor’s office condemned. Mayor Wheeler was quick to criticize this effort as “unilateral” and suggested that it endangered sensitive habitat. He promised consequences and, today, the City delivered on its promises when Park Rangers began issuing citations, exclusions, and arresting peaceful activists.

We have significant questions about the legality of the actions taken by the City against the Village of Hope and its residents. As we have said before, the destruction of property owned by people who are living on the streets is likely a violation of the Fourth or Fifth Amendment. We believe sweeping people from tents when there are insufficient beds available for sleeping is a violation of the Eighth Amendment. And when Portland Police explicitly refused to allow National Lawyer’s Guild legal observers to film law enforcement actions against village residents, they likely violated the First Amendment. Finally, when Park Rangers and other City officials took action against residents of the Village of Hope early today, they may have violated not only the U.S. Constitution, but also City Code.

The City’s actions may have been unlawful; they were certainly shameful. But let’s keep the focus on the people of Portland, many of whom live in poverty, unsheltered, or barely sheltered. Today, Portland is failing them. And when the City fails to protect its most vulnerable residents, it fails us all.

As I write this letter, our country is in turmoil and many of your residents have come together to fight injustice and cruelty at the hands of our federal government. Our communities are being ripped apart by ICE. And the Department of Justice is rolling back hard fought protections for people of color and the LGBTQ community. It is in that context that the City has flexed its law enforcement muscles to further criminalize some of the most vulnerable of us right here in Portland.

It is not lost on me that this action comes just months after the City expanded the No-Sit Zone in downtown, promising to punish people who are not housed in the downtown area for sitting. Effective solutions to houselessness don’t focus on simply pushing people out and saying “not here,” over and over again.

Why then, when we are fighting an onslaught of attacks on civil rights and civil liberties from President Trump, would we enact policies that further criminalize, further punish, further remove from the safety nets of society the economically vulnerable of our beautiful city?

If history is a guide, the City’s actions against the Village of Hope will have a disproportionate impact on communities of color and those with physical disabilities and mental health concerns. Why would we put those people in conflict with the Portland Police Bureau, an agency that is still subject to supervision because of their brutality of people with mental illness?

I do not ask these questions rhetorically. Portlanders deserve answers. At the very least the Village of Hope organizers deserve to be heard – yet, the mayor’s office has refused to meet with them.

Our request to Mayor Wheeler and the City Council is simple: Immediately cease taking action against the Village of Hope and its residents and meet with its organizers to work together toward a solution as they have repeatedly requested.

Today, more than ever, we need to stand for what is right. We need hope. Please, stand with the Village of Hope. 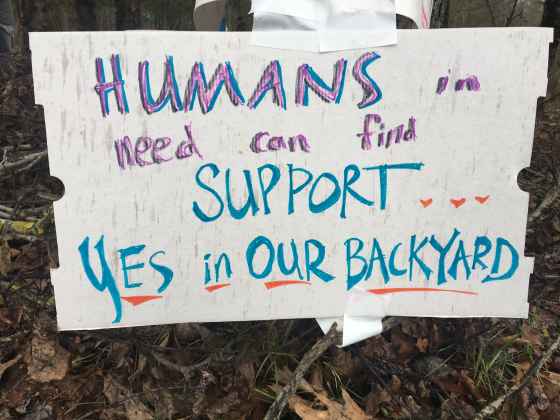 New Laws Target and Punish the Poor in Oregon