March 1, 2017 — Oregon voters overwhelmingly support a proposal to reduce penalties for drug possession, according to a new poll.

The poll comes as a new bill, Oregon HB 2355, supported by Oregon Attorney General Ellen Rosenblum and the American Civil Liberties Union of Oregon (ACLU of Oregon,) would change small-scale drug possession to a misdemeanor instead of a felony.

“The war on drugs has failed,” said David Rogers, the executive director of the ACLU of Oregon. “It has damaged families and cost taxpayers billions of dollars. A felony conviction for small-scale drug use is too harsh because it ruins people’s lives. Oregonians are ready for a smarter approach. This bill is our chance to win one, and we are going to do everything in our power to make sure it passes.” 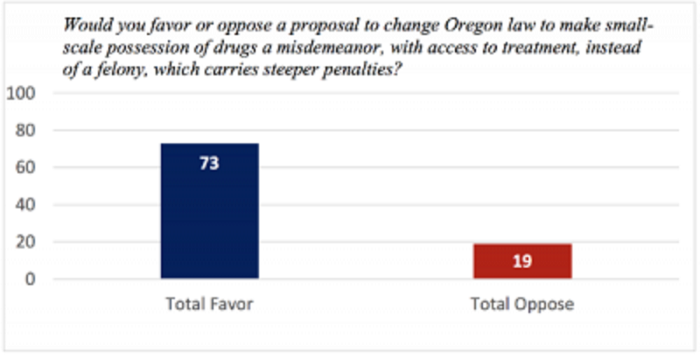 The poll also found that Oregonians were more likely to vote for both a district attorney or a sheriff  who is reform minded. Nearly two out of three Oregonians know someone who has struggled with drug addiction. 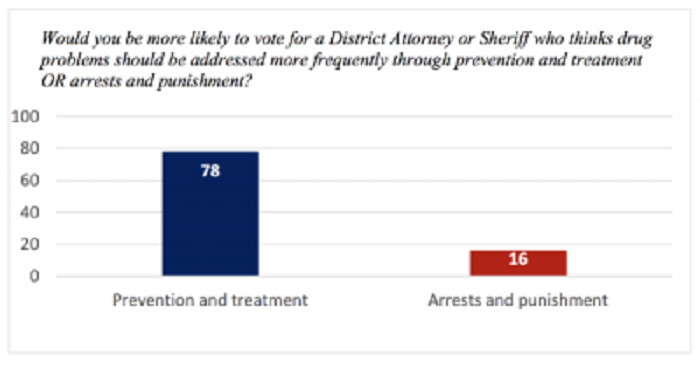 The poll was conducted by GBA Strategies, a nonpartisan public opinion research firm with deep experience on public opinion research about criminal justice, through live interviews, via phone and cell phone, using a probability sample of 600 registered Oregon voters, between Jan. 26 to 29. The answers provided reflect the entire population sampled. The poll has a 4 percent margin of error at the 95 percent confidence interval.